I like this form a lot and I’m glad it seems to be making a come-back. In fact, given that attention spans are supposed to be so short nowadays, it’s surprising that it hasn’t become the primary literary genre. Short stories can do so many things and they’re certainly not just lighter things which novelists scribble as a sort of rest from the serious business of composing the magnum opus. The best ones are beautifully crafted and as careful with their prose as any other form.

The latest development (as of 2021) is a new collaborative venture with my Canadian friend, Eden Baylee. We’re writing a monthly series of 4-part, stand-alone stories, each of which will be 800 words long (give or take 5 words either way). We’ll take turns writing a 200-word intro  and then alternate parts 2, 3 and 4. 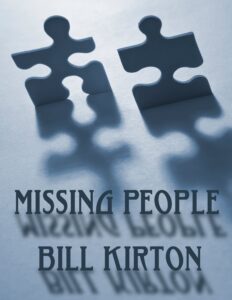 Selected for the CWA’s annual anthology, Missing Persons. It was then just called Missing. I concentrated on both meanings of the word – missing as in ‘missing person’ and missing as in ‘I miss you’.
It’s narrated by Jack Carston’s predecessor in Cairnburgh CID. Its central ‘baddie’ is based on someone I actually met and his fate is an illustration of how delicious it is to have a writer’s access to revenge. In its ebook format, it’s called Missing People. 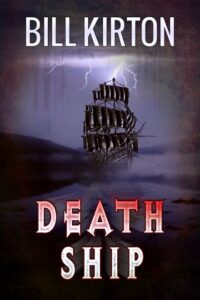 Chosen for another CWA anthology, Crime on the Move. It draws on a magical experience I had when I signed on to be part of the crew of a beautiful Norwegian square-rigger, the Christian Radich, to sail from Oslo to Leith in Scotland. It was part of my research for The Figurehead, set in Aberdeen in 1840, but it provided a great setting for yet another story of revenge.

Other People
The third CWA anthology which featured a story of mine was I.D. The story, Other People, is simply based on the ‘Hell is other people’ of existentialism. For a change, it’s narrated in the first person by my policeman, Jack Carston. Whoever we may think we are, others form their opinions of us and, sometimes, they interpret our words or actions in surprising ways. Appearances are literally deceptive and the realities beneath them are sometimes shocking. They certainly are here.

Love Hurts
Chosen by Maxim Jakubowski as one of the Best British Crime Stories (or, in the USA, Best British Mysteries) of 2010.  As well as a whodunnit, it’s a towhomwasitdone. In it there are two types of love, one leading to true tragedy.

Other People and other stories 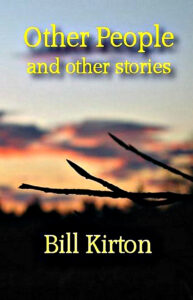 I’ve now published the above stories, together with seventeen others ranging from crime/mystery and horror to humour, in this collection. The idea was to show how flexible the form is by covering very different genres in lengths which vary from over six thousand to under three hundred words. Many of the flash fiction examples first appeared on the now defunct but sorely missed Rammenas website and others on McStorytellers.com and ShortbreadStories.co.uk..