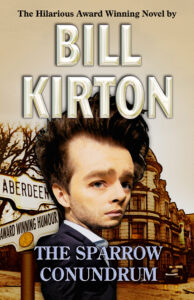 This novel has now won three awards. The first was as winner of the Humor category in the 2011 Forward National Literature Awards; the second as winner of the Humor and Satire category in Big Al’s Books and Pals Readers’ Choice Awards 2012; and the third an Awesome Indies Award. In each case, the idea of winning an award for making readers laugh gives a particular sort of satisfaction.

It’s different from any of the others I’ve written. It was my first ever novel but has been written and rewritten many times over. Its aim is simple – to entertain readers and make them laugh. It’s a black comedy, a farce, a spy/crime spoof. Reviews have been excellent and readers have made satisfying comments about laughing out loud as they read it.

Writing it was just as enjoyable. My favourite character here is perhaps the policeman. He’s the epitome of a bad cop – planting evidence, arresting innocent people, enjoying violence – all of which sounds far from funny but he, like the rest of the bunch who came together in this story, is way over the top.

So it’s a crime story but, primarily, it’s a tale which multiplies absurdities and sees its characters wading ever deeper into impossible situations. The only one of the seven main characters to emerge with any credit is the female lead – and perhaps the boss’s bearded secretary, Mary. 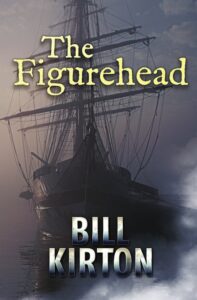 The Figurehead has also won an Awesome Indies Award. Its genesis is unusual. A friend once said to me, ‘You should write about a figurehead carver’, and this is the result. It’s set in Aberdeen, Scotland in 1840 and that gave me an excuse to spend time reading through the local paper for the few months during which the action takes place. Equally, though, Aberdeen harbour and the area around it still has the same beach, docks, streets and buildings.

As I was researching and writing it, two coincidences made me feel I was doing the right thing. First, The Scottish Maid, the first vessel ever to have a clipper bow, was designed in Aberdeen and launched exactly 100 years to the day before I was born. Second, I read lots of original documents about and by ship builders and owners down the years. One correspondence was that of the Duthie family and the latest letters were from the two surviving sisters, one of whom had been the supervisor of my PhD.

Some of the research was really special. I’ve always wanted to sail on board a square-rigger and this was my excuse. I signed on as a tourist crew member on the Christian Radich, a truly beautiful example of a real tall ship. We sailed from Oslo to Leith – a short trip but entirely magical. I also started taking carving classes to find out what it felt like to make a figurehead. That was several years ago and, two figureheads and scores of other things later, I’m still enjoying carving lumps of wood.

It’s a crime novel but, thanks to its central female character, it’s also a romance. She refuses to play the role of submissive Victorian woman and she’s as determined to solve the book’s mystery as her male counterpart, the figurehead carver. 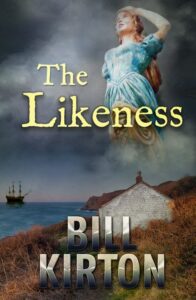 Reactions of some readers to The Figurehead were that it needed a sequel, mainly to explore how the relationship between Helen and John progressed. I’d never intended to write one but the idea of revisiting the period (and the characters, too) was triggered, and the temptation was hard to resist. Strangely, though, it took me four years to complete it. None of the previous novels had taken more than a year and I have no idea why this one was different. Not only that, I had to rewrite the ending of the romance thread five or six times before Helen agreed that the course of action I was making her take was acceptable.

The story continues my fascination with the period, its sailing ships and also the mid-Victorian theatre. Along with investigating the mystery of a young woman’s death and the growth and resolution of the romance, it follows the activities of a visiting theatre troupe as they rehearse and stage a nautical melodrama.

It also shows Helen cajoling her father into letting her be part of his business, making an actual sea voyage to understand better what it entailed, and sealing her first ever business deal with consummate skill. As I discovered in the writing of the two books, she refuses to conform meekly to what convention demands of her.

And now, it’s emulated The Figurehead and won a Chillwithabook Readers’ award… 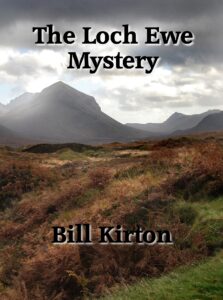 This is a novel for children between 8 and 12 and it features two of my favourite things: sailing and the north west coast of Scotland. Many years ago, I was lucky enough to be part of a team of instructors for pupils from schools all over the UK on what used to be called outward bound activities. The walking part involved treks over the beautiful west Highland mountains, but I was part of the sailing team, sailing the old Montague whalers, 27 foot long with foresail, mainsail and mizzen.

I once built a dinghy in my study and worried about whether I could get it through the door. I’ve used that episode and some of the sailing experiences I had in that beautiful, sometimes moody, even scary place to give life to this adventure story. 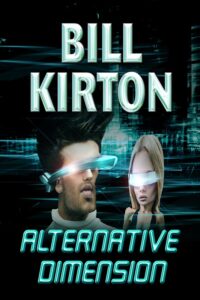 I spent some enjoyable times in the online role playing game, Second Life™. Originally, I joined because I was researching a story, but the enthusiasm of the various writing groups there, and the strangeness of the whole virtual/real experience led me to write a series of stories which I’d never have produced if I hadn’t been there.

They were mainly intended to be funny but I realised that they were also satirical looks at how we live, how we create our fantasies and how the distinction between virtual and actual experiences is becoming more and more blurred. Once I’d left the game, I rewrote some of them and created a narrative sequence featuring a character who could bring them together in the form of a novella. So there’s an overall story with these others nested inside it.

I obviously couldn’t use the real Second Life™ as a setting, so my version of it is called Alternative Dimension..